Who is Bes Egyptian god?

BES  The dwarf god, with an appearance and a kind nature, Bes was a god of the

people and his popularity never waned. His grotesque features and the magical knife he brandished were meant only to ward off evil and frighten demons away from the families he protected. Families loved Bes and often painted his image in their houses to

Although he looks grotesque, Bes is a good-natured, friendly god. He protects families and their homes and is the patron god of pregnant women.

bring good luck and well-being. Bes, along with TAURET, the hippopotamus goddess, was a guardian of mothers during childbirth. Bes protected houses from snakes and scorpions that were a constant threat to young children in ancient Egypt. He was always on guard against the problems of daily life. Bes was also a god of music and merrymaking and was often shown with a tambourine.

Bes’s strange appearance has caused Egyptologists to speculate on his origin, for he looks nothing like the other slim and elegant Egyptian gods. One of the most significant differences is that he is almost always shown full face and only rarely in profile. Bes looks like a dwarf with a lion’s mane on his head, and his tongue is often sticking out. He has short, stubby arms and legs and a lion’s tail. At different periods in Egyptian history, Bes has been shown with a large knife; a tambourine; a tall, feathered crown; and a skirt. There are speculations that Bes originated in what is now modern Turkey since his images have been found in Turkish excavation sites. Bes also might have originated in sub-Saharan Africa, because one of his titles is Lord of Punt, ancient land on the west African coast. The tall, plumed crown that

he sometimes wears is much like the crown of ANuKIs, a goddess from the southern borders of Egypt. Most Egyptologists now believe that Bes is an Egyptian god with ancient origins. Several different grotesque gods have appeared over time in different communities in ancient Egypt, and whatever their local name was, they eventually evolved into the god Bes. 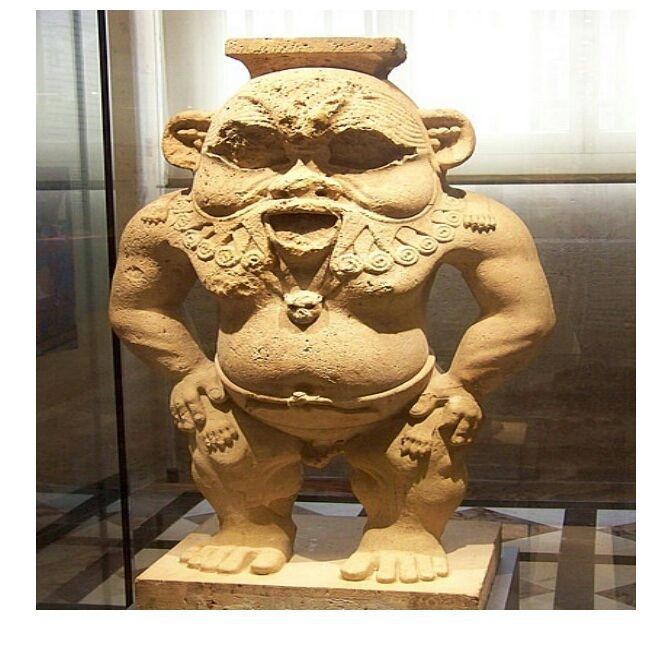