The celebration of Christmas day in Egypt is different from the rest of the world. Egypt is known for its humorous people who love and plan festivities. Egypt’s location also serves them, as it offers various Egypt tours, which tourists decided to celebrate by Christmas eve.

These trips include religious trips that tourists visit as a kind of celebration and enjoy Egypt religious tours as well. Other tourists are heading towards Egypt's luxury tours, to enjoy the celebrations and relax on their vacation. In the luxury packages, you spend a high-quality luxury vacation and feel like royals.

What are the best Egypt luxury tours for Christmas Eve?

One of the hardest questions that we can answer is what Egypt trips should I book! Because Egypt is full of bounties, in each governorate you will find what distinguishes it from the tourist attractions such as the Egyptian museum which witnessed the journey of transporting 22 mummies of kings and queens to the National Museum of Egyptian Civilization. We can mention the most important tourist places in Cairo Egypt.

Greater Cairo, the capital of Egypt, has many tourist places that tourists resort to, in addition to being home to one of the seven wonders of the world, the Giza pyramids, which is the largest tomb in the world for the kings of Egypt (Khufu, Khafre, Menkaure).

This is a brief overview of Egypt luxury tours that you can enjoy during the Christmas holidays to celebrate inside Cairo, If you enjoyed this information and want to discover more about tourism in Cairo, you can browse this package and explore most of Cairo tours & other surprises, but what if you want to travel outside Cairo?

Luxor tours: How to celebrate Christmas day with Luxor trips?

Luxor, the city of civilization, the open temple, Thebes. All of these names are given to the city of Luxor because it is one of the most important tourist cities in Egypt since ancient times. In every area you walk through in Luxor, you will find distinctive pulsating traces.

The first thing you go to in Luxor is the Karnak Temple, which is a huge temple complex that contains 11 temples inside that were built more than 4,500 years ago to be the oldest cult temple in history.

Then you head to Luxor Temple, as it is located near the Karnak Temple on the eastern bank. Its construction dates back to the Middle Ages, by order of King Amenhotep III, to be the home of the god Amun-Re.

The Temple of the Monastery of Bahri or the Hatshepsut Temple, this temple deserves the title of Jewel of Luxor Temples because of its unique engineering design. It is considered the most important funerary temple in Luxor, so tourists come from all over the world.

Luxor's tours did not end no matter what we talked about, we did not write extensively about the Valley of the Kings and Queens, the funerary temple of Amenhotep III, Deir Habu, embalming, and many others After this small overview about Luxor, do you need to visit it & discovering Luxor tours with us. But what do you think about the best Egypt Nile cruise tours to take us to Aswan?

You will enjoy the Christmas celebrations in Aswan more. Its people love the celebrations & festivals, especially in the Nubian village, because it is a joyful place in itself.

As for the trips to Aswan, the most famous of them is the Abu Simbel temple. It is the owner of the most famous event, which tourists come from all over the world to celebrate the birthday of King Ramses II, where the sun is perpendicular to his statue on his birthday only.

Aswan is home to many temples. You will find Komombo Temple, Philae Temple, and Abu Simbel Temple. In addition to islands such as Elephantine Island, one of its most important features is the missing obelisk. We did not know the High Dam, its greatest feature, as it was built to save Egypt from the flood.

Your Egypt tours will introduce you to more packages of Aswan that were mentioned and not mentioned in the article, as well as provide you with more surprises during the day. Visit this package for Giza, Cairo, Luxor, and  Aswan tours. Do not hesitate to book.

Christmas Day, like any holiday, has religious rituals that are held in churches, tourists take advantage of the occasion to visit religious places of worship and learn about a new type of tourism, which is religious tourism. So, what are the most important religious tourist places in Egypt?

Religious tourism is at the top of the types of tourism that the city enjoys, and St. Catherine's Monastery is an important sanctuary for tourists who want religious tourism. It was built in the sixth century AD.

Saint Catherine monastery is composed of many structures, the most popular of which is the Church of the Transfiguration of Christ the Savior, which comprises nine smaller churches. The Church of the Burning Bush, from wherever God spoke to the prophet Moses, is one of these.
The monastery also has ten more churches, monks' quarters, a refectory, an olive press, ossuaries, a Fatimid mosque from the 12th century AD, and a library with rare books and 6,000 manuscripts.

Moses Mountain Mount Sinai, also known as Jabal Musa, At-Tur, or Horeb, is a mountain in Egypt's South Sinai Governorate it was named Mount Moses after the Prophet Moses, who was spoken to by his Lord. If you hear these stories from professional guides, it will be more interesting, so book our Saint Catherine trip and discover it with us in a new way, in addition to the nice parties we go to in Dahab to enjoy Christmas Countdown.

The Hanging Church is situated in the Old Cairo district, amid a collection of Coptic monuments, and its main façade faces Mar George Street.
This church, built near the middle tower, has a well-known reputation for being one of Egypt's oldest surviving churches.

When entering the Hanging Church in Cairo, you will observe the front corridor and a construction partitioned into three wings, just as to the nave and the remainder of the lobbies, which are all recognized for their magnificence and uncommon workmanship. With the completion of the visit inside the Hanging Church in Egypt, we arrive at the nave, which includes various sections made of white marble, aside from one segment made of dark basalt On top of these sections are crowns and wonderful inscriptions. You will likewise observe the section on which the picture of the Virgin Mary is engraved.

The church contains 110 icons, the most prominent and famous of which is the icon of the Virgin, known as the Adra Mona Lisa, which gives the impression that the Virgin Mary's eyes are looking at you wherever you stand in front of her, and there are a group of small columns around her, as well as many other icons of Christ and several saints that you can check it for yourself in this package that mainly revolves around Coptic Cairo.

Cairo's Coptic Museum. This museum was founded in ancient Egypt within the borders of the Babylon citadel, the remains of which can be found behind the museum building, but it was greatly expanded during the era of the Roman empires and then expanded further by those who followed the Roman emperors. It is one of Cairo's most popular tourist attractions.
You can see the burial chamber made of Geyser, which shows the cross-over between the two indications of the cross and the ankh, which traces back to the furthest limit of the fourth century AD.

You can see bits of texture with some Christian images that date back to the 6th century AD.
You can likewise see a bronze light with a handle looking like a bow and across, and an engraving on an ivory brush showing a portion of the miracles of Jesus. Celebrate the next Christmas eve with our next luxury Egypt tour.

What do you know about Hurghada Sand Museum (Sand City Hurghada)

The Hurghada Sand Museum is the world's first, with landmarks cut from two kinds of sand, yellow and white.

The Sand Museum is one of the most notable vacation destinations in Hurghada, with 42 likenesses made by 42 famous stone workers.

You and your family can explore the museum and learn about its numerous sculptures, some of which are historical and others of which are modern, and there are figures that kids will enjoy.
Your youngsters will be delighted to see the cartoon carvings of many iconic Walt Disney characters who hold a particular place in the hearts of both children and adults.
Then you can motivate your children to engage in the museum's children's programs, such as sculpture and painting classes, education through play, and so on. Get your family & friends and come with us to discover various attractions in Hurghada, Aswan, Cairo, and other surprises. 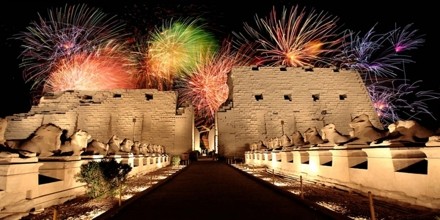