9 Facts about the Sphinx

During the reign of the Pharaohs, Ancient Egypt lived through many secrets that the world later discovered through archaeologists and researchers, and until now the world is still trying to discover more secrets about the sphinx.

The Pyramids of Giza and Sphinx are among the most attractive tourist areas around the world, especially in Egypt, and are considered the most important tourist attraction for those looking for Egypt tours.

if you are looking for wonderful attractions also in Cairo check Cairo day tours,

9 secrets you should know about the Sphinx

1. The Sphinx represents the shape of a creature with the body of an animal and the head of an Egyptian king located above the Giza Plateau, looking eastward in the direction of Sinai.

2. The statue had a long nose 1 meter wide but was destroyed, and there were rumors that the nose had been destroyed by the artillery of Napoleon's soldiers and other rumors that the British or Mamluks had destroyed it.

4. The sphinx was old called the Pharaohs "Bohol", and when the French forces came to Egypt it was discovered, at that time a storm was revealed and revealed a small part of it, and when the sand was excavated and removed they found a huge statue called "Bohoul", and later lettered to the "Sphinx".

5. There is also a basement at the front of the statue between a tampon called the "dream board", and his chest, discovered by the Italian "Barzi", with an opening capacity of about 5 square feet, covered with an "iron cover", 6 feet deep.

6. Egyptian scholars believe that it was the King Of Khaffar, the owner of the Pyramid of Giza II, who ruled Egypt 4,500 years ago, who built this statue and gave it its head.

8. There were a royal chin and a cobra at the top of the sphinx, and it was lost, and part of the chin is currently kept in the Egyptian Museum and another part of the British Museum. 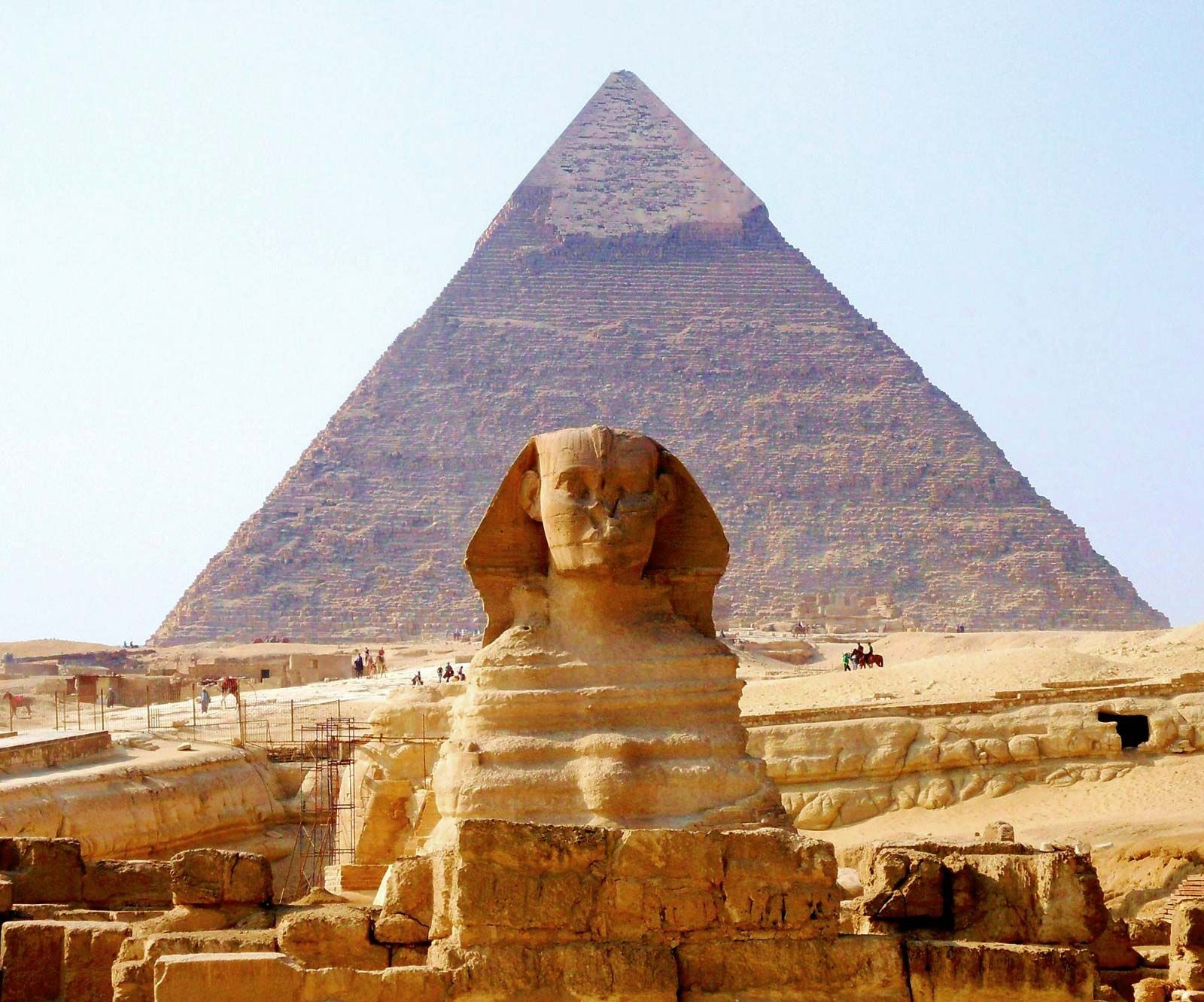