Explore 5 Day Jordan package discovering all of Jordan's remarkable sights like Jerash where situated in the foothills of the mountain of Gilead, the ancient city is reminiscent of the Roman EmpireKerak, Mount Nebo, the place where Prophet Moses gazed at the promised land before he died and alleged to be his burial place. Madaba, the Dead Sea and the legendary lost city of Petra.

To start your tour of Jordan, your tour manager will meet and assist you upon your arrival at Amman International Airport. After that, you will be transferred to your hotel in  Amman  by a private air-conditioned vehicle for check-in. Upon arrival at the hotel, he will do your check-in and give you detailed information concerning your tomorrow’s trip, overnight in Amman.
Welcome Drink

After breakfast, you will be transferred towards north to  Jerash, situated in the foothills of the mountain of Gilead, the ancient city reminiscent of the Roman Empire. Being one of the largest and most well-preserved sites of Roman Architecture outside of Italy its grandeur can be seen in the colonnaded street, Oval Plaza the Nymphaeum, and the Temple of Artemis. After this we will drive towards the  the Dead Sea, Being the lowest point on earth and filled with a variety of minerals with medicinal properties the site has developed into a health spa-like hotspot. The mineral concentration in the mud is used for therapeutic and beauty treatments. Queen Cleopatra and Sheba both were said to have known the value of the site and used it. Due to high salinity, the water supports no form of life hence the name the Dead Sea, and floating is very easy, overnight at your Dead Sea Hotel.
Meals: Breakfast

After breakfast, you will drive to Petra to visit the biggest attraction in Jordan. Petra was first established in around the 6th century B.C by the Nabateans, a nomadic tribe who settled in the area and laid the foundations of a commercial empire that extended up to Syria. Begin the trip on horseback to the canyon, the so called Siq, and then by foot to the most beautiful monument: the Treasury. Among other monuments you will see are the Street of Facades, the Royal Tombs, and Pharaoh’'s Castle. Overnight in petra .
Meals: Breakfast

After breakfast, Drive southwards this morning to Wadi Rum, a moonscape terrain of ancient river beds, wind-sculpted mountains, vast desert vistas, and smooth, pastel-colored sands. You will meet long-skirted legionnaires offering cardamom-spiced coffee at the " Beau Geste" outpost. Enjoy 02 hours jeep tour at this oasis home to the film " Lawrence of Arabia." A truly “ out of this world” experience! Then back to Bedouin camp for dinner and overnight.
Meals: Breakfast

After breakfast , enjoy this morning to Wadi Rum, Then we will transfer you to Amman’s Queen Alia International Airport for your departure.
Meals: Breakfast

Petra tour requires considerable walking, and the number of horses in Petra is limited. 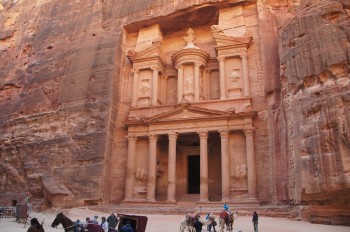 8 Day Road From Petra To Cairo

This Egypt and Jordan Tour Packages will make you speechless after visiting the ancient city of Petra and... 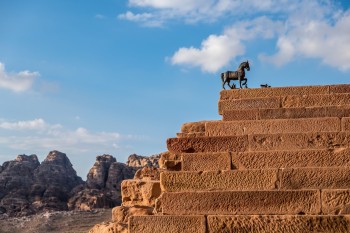 Road To Petra, Trip To Jordan 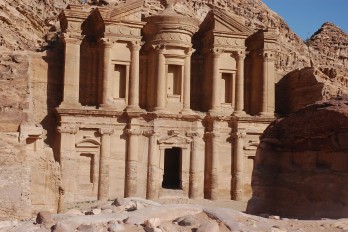 Explore 5 Day Jordan package discovering all of Jordan's remarkable sights like Jerash where situated in the foothills of the mountain o... 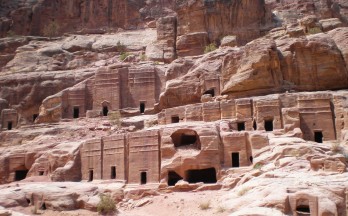 The Best Of Jordan

Can you really see much of an entire country in only five days? It might not sound like much, but you can definitely cover a lot of ground.... 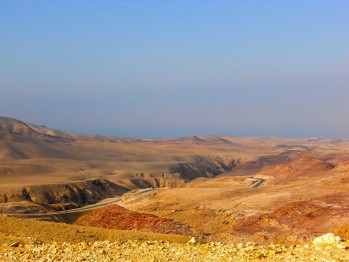 On this Jordan Itinerary, you will be amazed by the beauty of Petra and Jerusalem Tour to enjoy the most exclusive amazing sites in. float i...