Saint Catherine's Monastery, established between 548 and 565 by the Eastern Roman Emperor Justinian I on the spot where Moses is said to have seen the burning bush, is regarded as one of the most renowned active monasteries in the world. Islam, Christianity, and Judaism all hold the monastery in high regard This is due to the history of the Ten Commandments given to the Prophet Moses by his Lord. Furthermore, it was one of the most valuable Egypt religious tours, with pilgrims traveling from all over the world.

Why should you visit St. Catherine's Monastery? 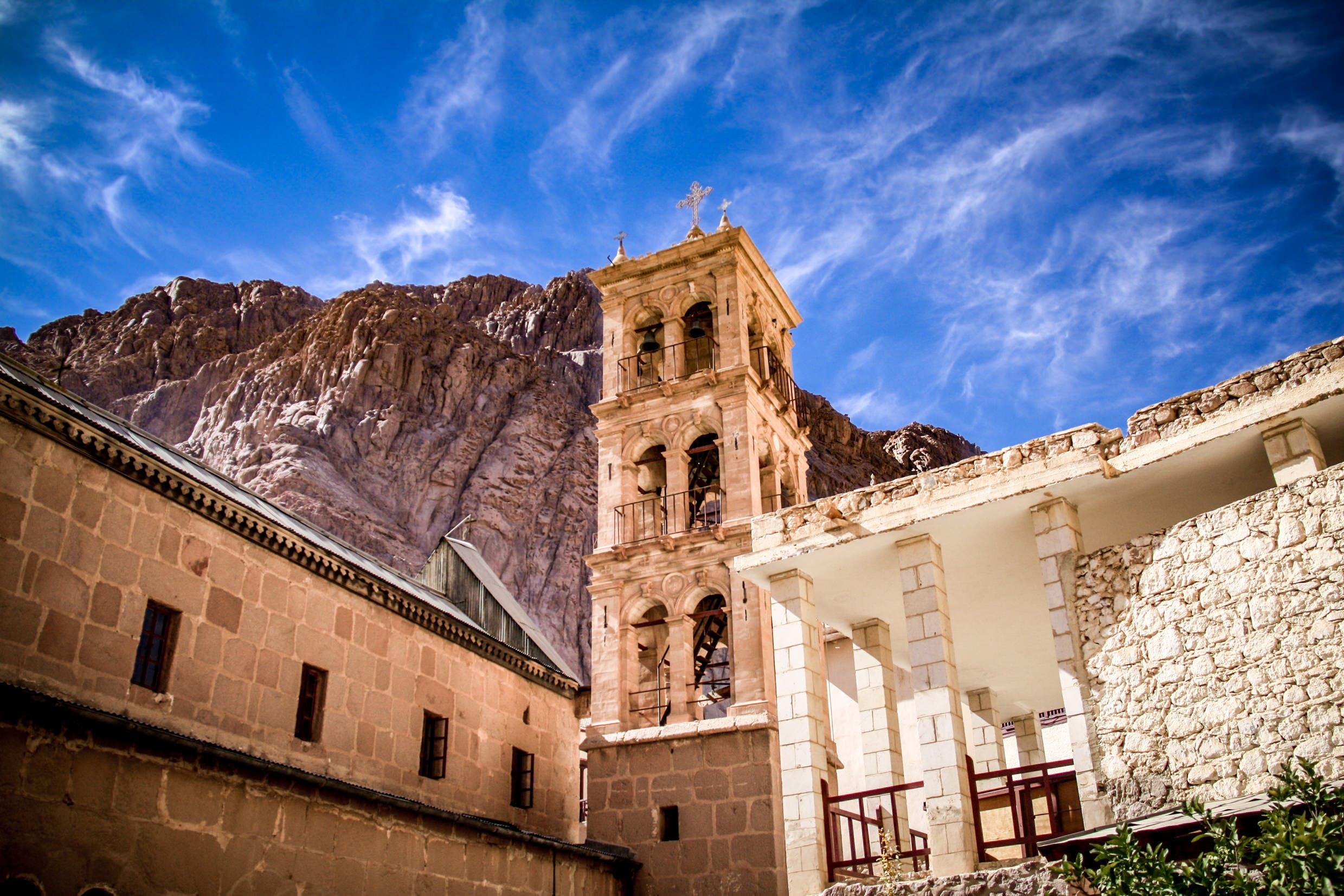 The Sinai region, in general, has a diversity of trips available since it has endless secrets. St. Catherine's Monastery is one of the most important tourist destinations in Sinai, and it is well worth a visit, and I will prove it thru St Catherine Monastery & Mount Sinai day tour from Dahab. Here are some reasons why you should visit St. Catherine.

It was the only burnt bush of its kind in the world, and it did not fail to amaze people of all nationalities. Many experts attempted to plant it in different soils and analyze its forms, but the experiment failed. As a result, it is said that the sacred tree is where the Prophet Moses saw the fire when he saw a branch of the tree burning and the fire increasing while the branch was getting greener, so the fire did not burn the green, nor did the moisture of the green and its water extinguish the fire, and then he heard the voice of "God". You may witness this miracle for yourself by scheduling a St. Catherine day tour and hearing the narrative from more knowledgeable guides.

Explore The Sacred Sacristy: The Monastery Museum's Gold and Glory 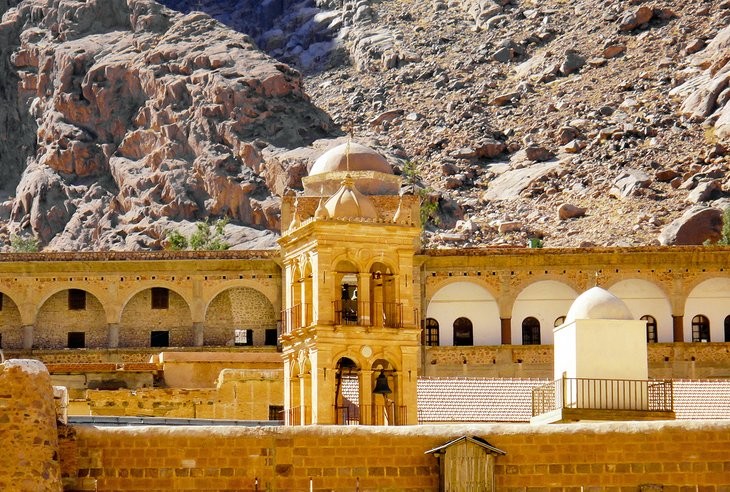 In the holy treasury, you find to the west of the Church of the Transfiguration, you will find three stairs that lead you to it. It is considered the most exciting part for tourists, as it has a collection of manuscripts and information of international value.

Not all of these manuscripts are available to the public, some of them are not viewed except with permits from the competent authorities, but what is presented to the public is treasures that are inestimable in money.

A huge part of these manuscripts is housed at the Saint Catherine's monastery library, which is unfortunately not open to the public. More than 2,000 valuable manuscripts in Greek, Syriac, Persian, Amharic, Arabic, Turkish, and Russian are housed there.

A simple mosque with a separate structure is opposite the Transfiguration Church. It was established by monks during the Fatimid period in the 11th century when Caliph al-Hakim was destroying Christian sites of worship. The mosque's building ensured that the monastery survived the caliph's assault.
Things to do near Saint Catherine's Monastery 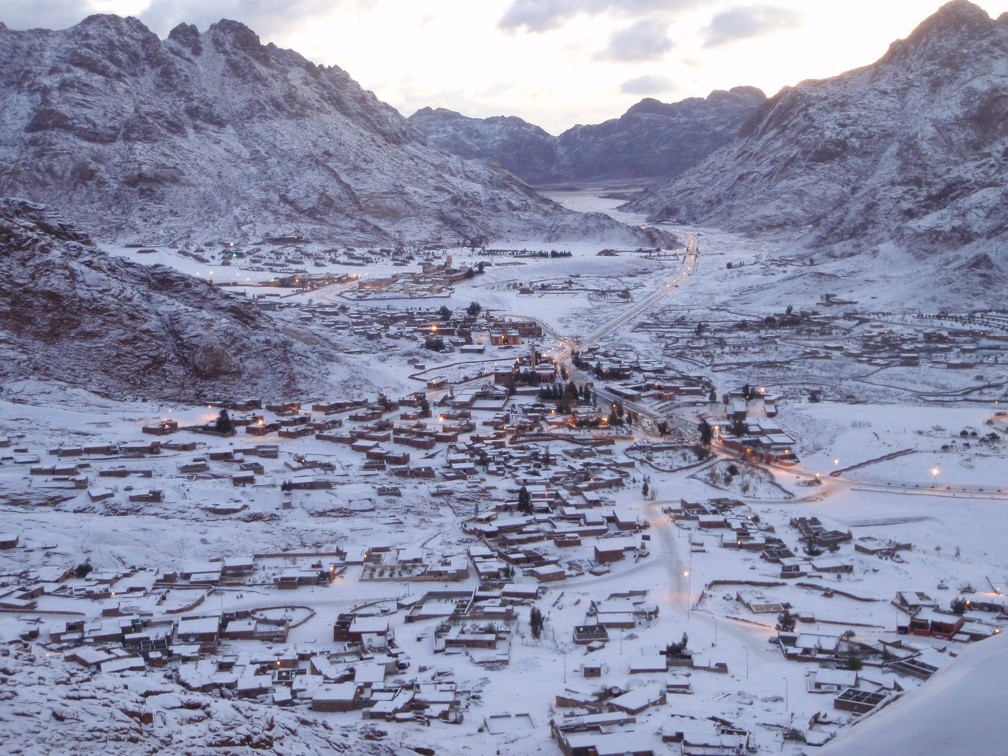 Mount Saint Catherine is 2,642 meters high, which is the highest point in Sinai. Its journey is hard and requires a certain level of fitness, but the view of Sina from the highest point deserves it. Enjoy the snow that forms at the top of the mountain with the warmth of the awesome sunrise.

Many domestic and international tourists regard it as a key destination for Egypt day tours and getaway to enjoy and avoid the hustle and bustle of life from Sinai's highest point with just nature and tranquillity. 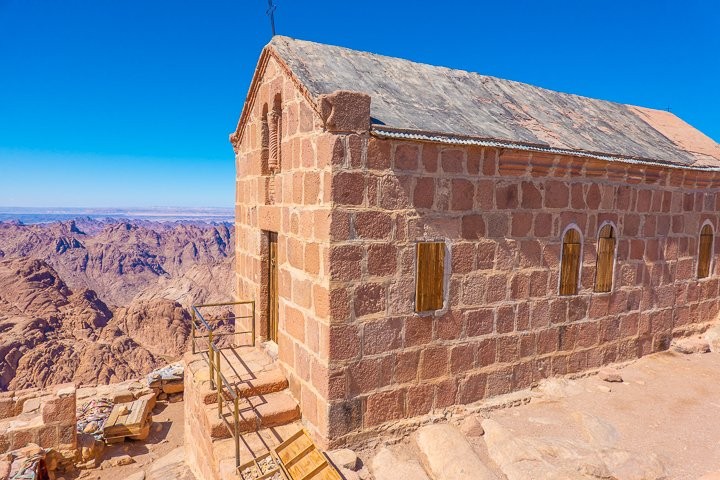 Enjoy climbing Mount Sinai, also known as Mount Moses, which is regarded as a sacred mountain by Muslims, Christians, and Jews since it is where Moses received the Ten Commandments from his Lord.

It's a less stressful and more entertaining excursion from Mount Saint Catherine, and it may also be climbed by camels while admiring the scenery and enjoying the chilly weather. Tourists frequently start their day journey of this kind of Egypt tour at night to witness the dawn from a high vantage point.

Take a tour of Dahab

Dahab is about an hour away from Saint Catherine. After this exhausting journey, you may choose one of the Dahab day tours and relax in its warm seas while exploring its coral reefs through diving or snorkeling, where you can experience the world's most significant nature reserves, the most popular of which are Albulohol, Abu Galum, and the Three pools. Also, don't forget to shop for gifts on Dahab Mamsha at night. You can book Egypt Holy Land Travel Package and Enjoy both tours in Saint Catherine and Dahab as well.

Sharm El-Sheikh is another interesting destination. You may spend a day at one of Sharm El reserves by checking the popular Sharm El Sheikh shore excursions, which are about an hour away from St. Catherine, have fun and experience its international diving spots. 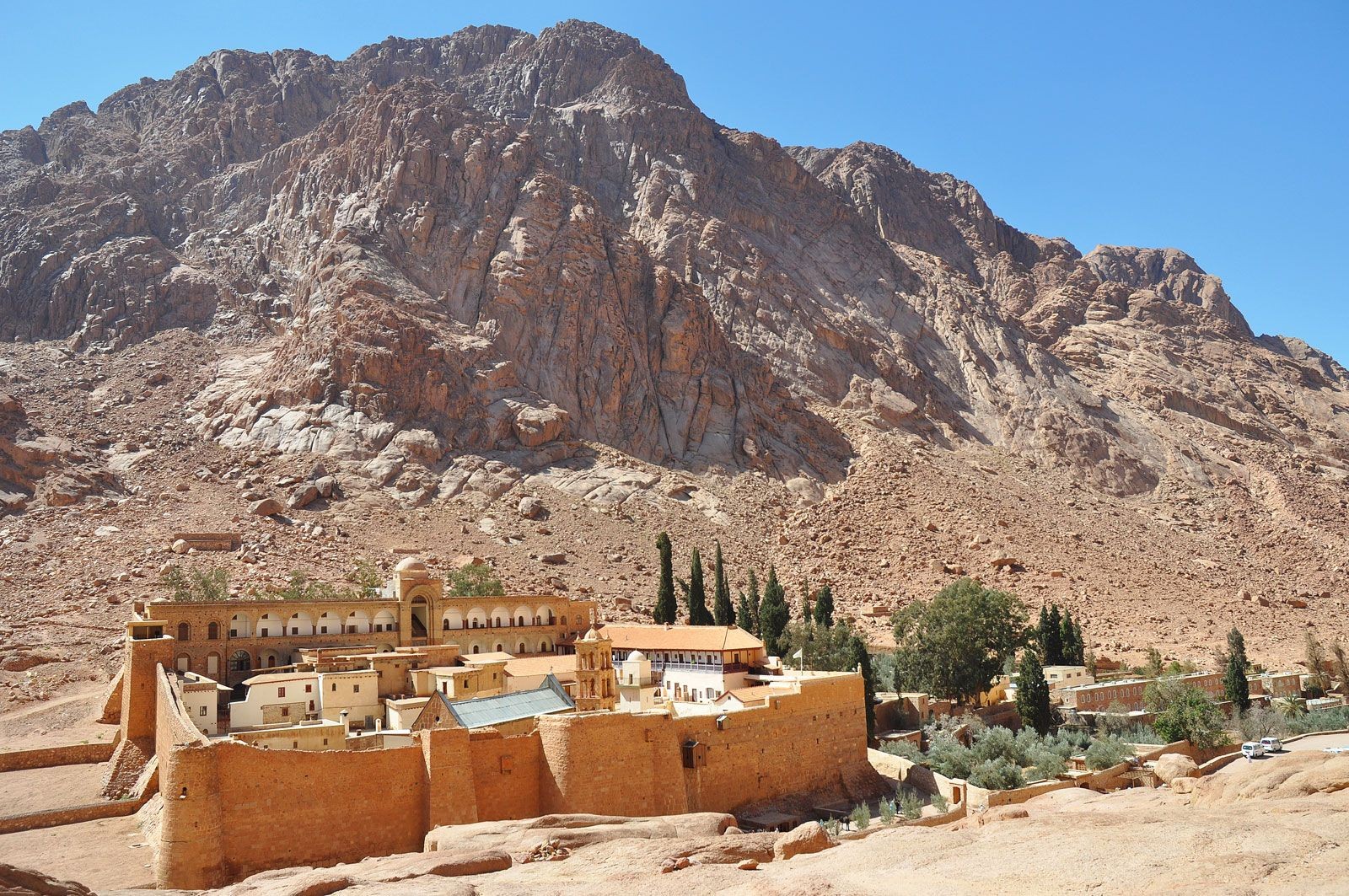