three sacred bull cults in ancient  Egypt  (APIS and MNEVIS. being the other two), the Buchis arrived late in Egyptian mythology and is first mentioned in the Thirtieth Dynasty during the reign of Nectanebo II, Egypt’s last native ruler. Revered for his strength and belligerence, the Buchis was worshipped as an incarnation of the war god M’,)4. He was closely linked to MIN and venerated as a physical manifestation of the sun god RE. Two of his titles were “Living God of Re” and the “Bull of the Mountains of Sunrise and Sunset.”

The Buchis was a white bull with a black face, and it was said that his color changed with each hour of the day. This may have given rise to the observation that he was all black and that the outline of a vulture could be seen on his back.

When the Buchis bull died, he was mummified with great ceremony and placed in the Bucheum, the cemetery created for the Buchis bull and his mother, who was also revered during her lifetime. Immediately after the death of a bull, a search began for the new

Buchis bull. Easily identified by the long hairs growing backward on his back, the new Buchis and his mother were installed in the temple complex, where they were perfumed and pampered and lived a life of ease.

A hymn to the Buchis Bull found in the Bucheum:

Come unto me Buchis my great lord! O may he live millions of years

O may he enjoy the duration of the sun I am thy servant my great lord!

I pray unto thee, I never stop praying. Many are my prayers at night . . .

If you hear my prayers, come unto me O Lord!

Unlike many other Egyptian animal gods, the Buchis does not seem to have been portrayed with a man’s body. He is shown as a bull with a sun disk and two tall feather plumes between his horns. The cult center of the Buchis bull, complete with temple, priests, and tomb complex, was visited by CLEOPATRA VII and Julius Caesar when she took him on a tour of Egypt. Located at ARMNT on the west bank of the NILE (south of modern Luxor), today its ruins are one of the few places where the cartouche of Cleopatra VII can be found. 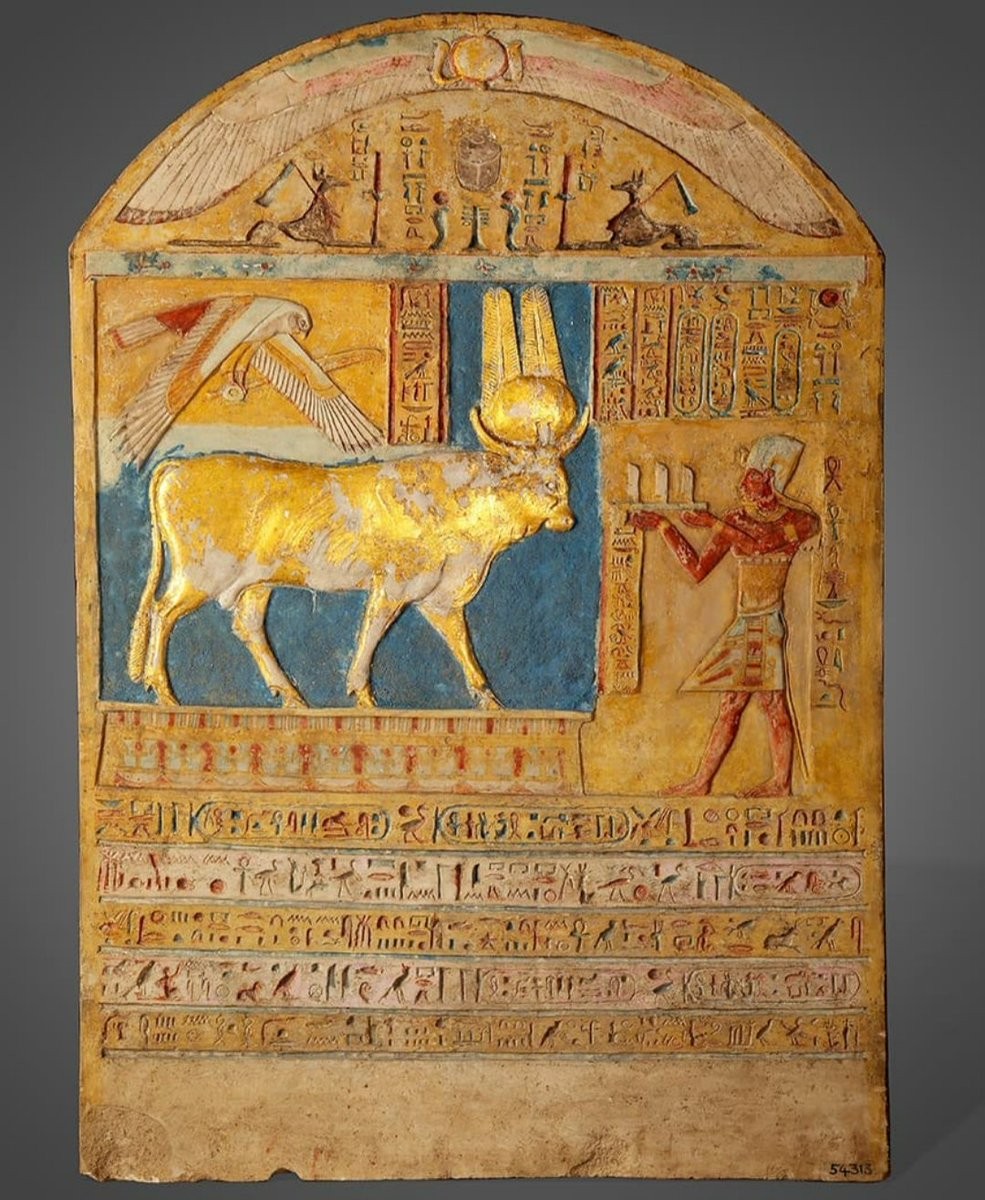